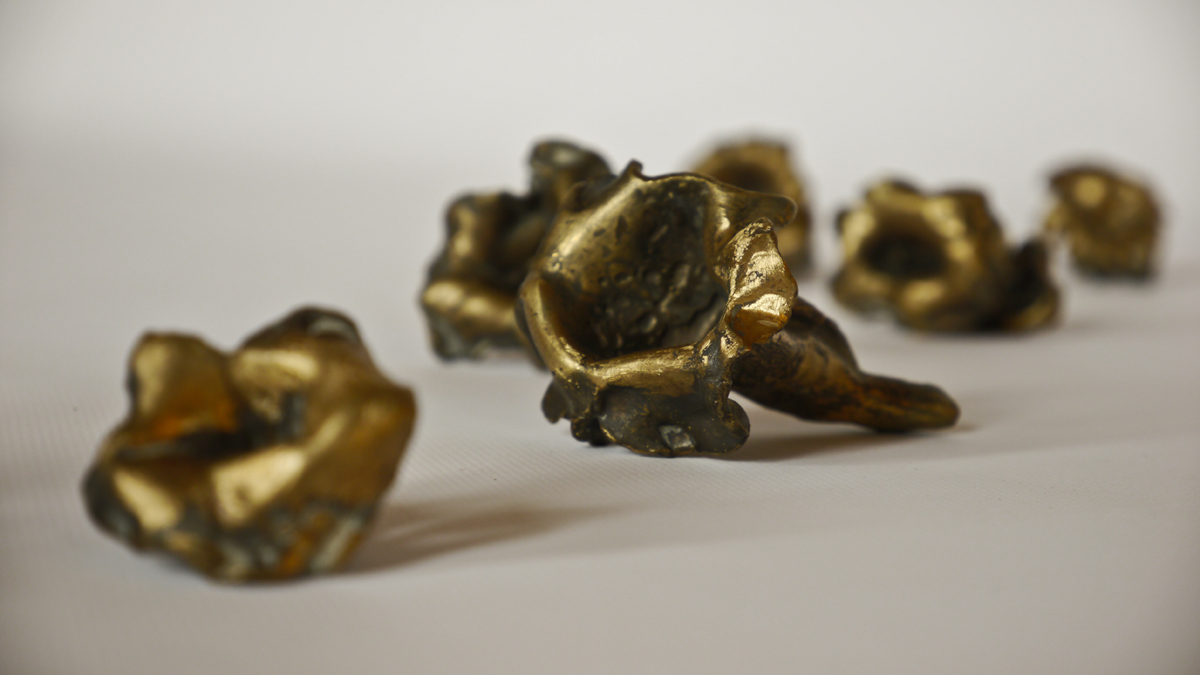 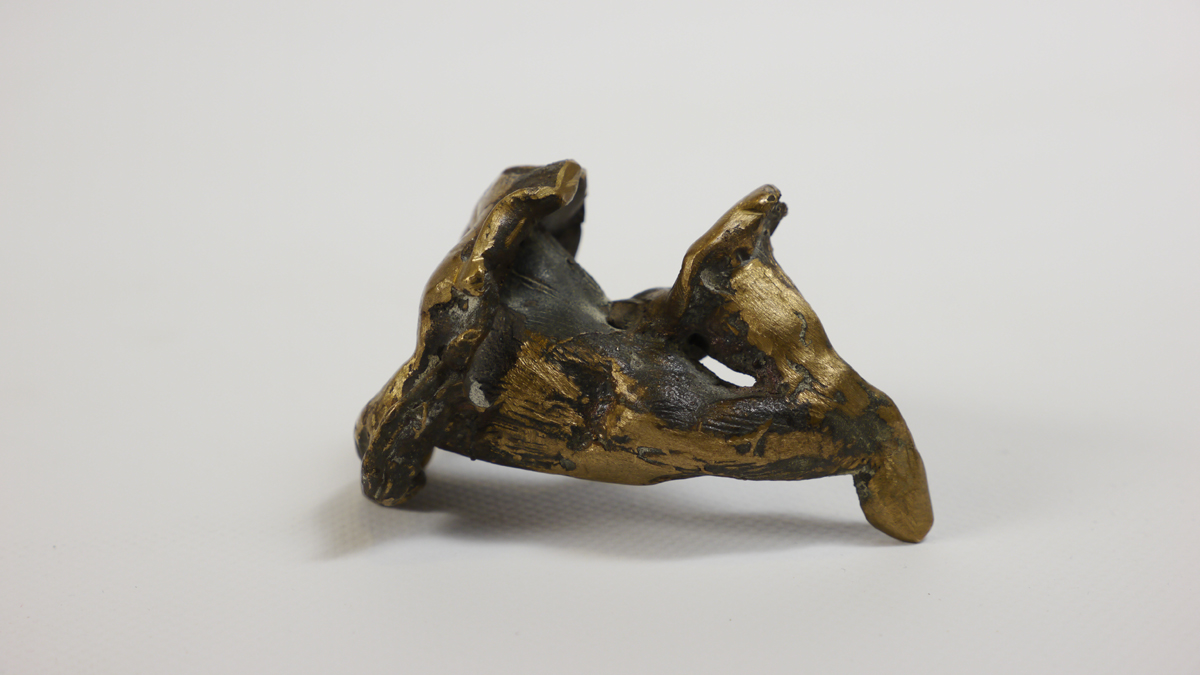 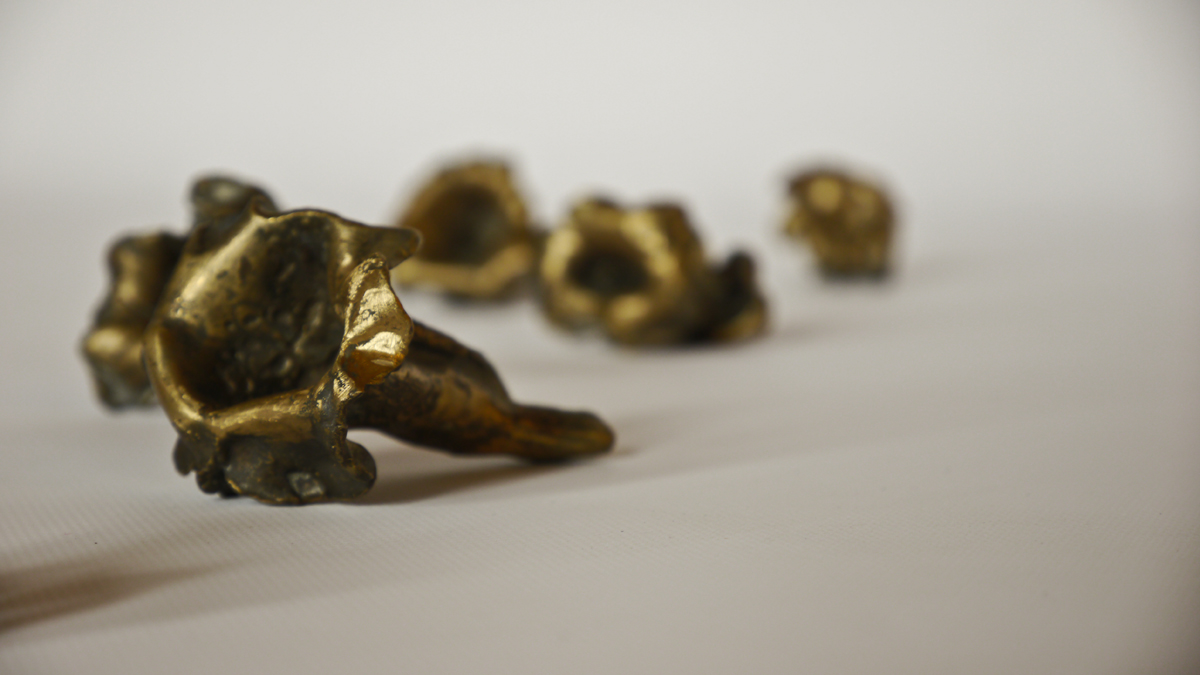 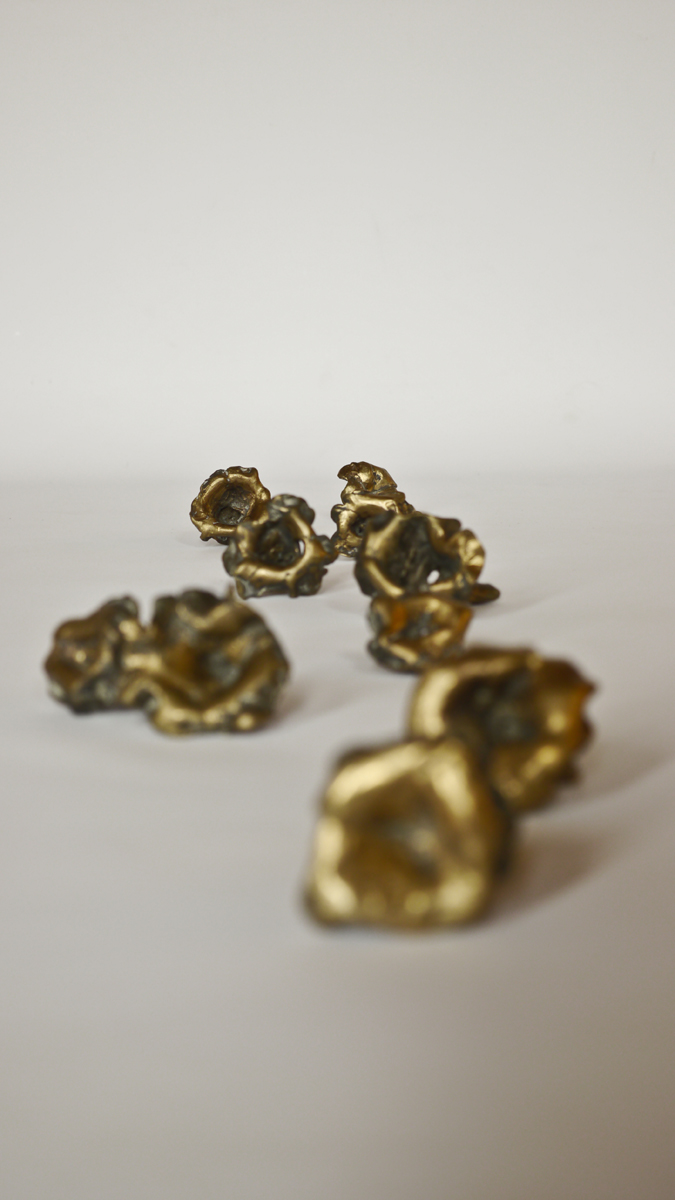 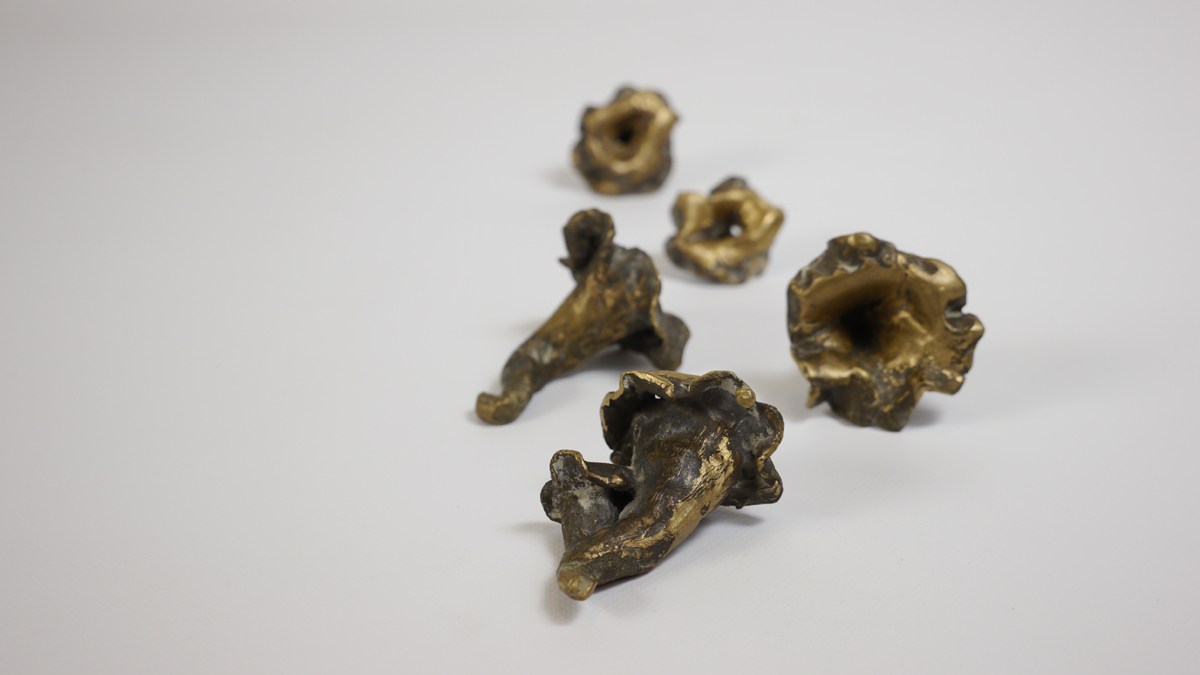 Craterellus cornucopiodes – the trumpets of the dead, Bronze casts made from moulded wax, environment size, 2012

Molten bronze is durable, destined for all eternity. Among the roots of the trees, however, in the woods, blending with living nature, it reclaims its fluid, almost elusive essence.

Voices of the forest

“Trumpet of the dead” is one of the common names of craterellus cornucopioides. In its bronze cloak, this mushroom loses its spectral aspect and becomes an object with aesthetic appeal. The rain that falls upon its golden wrinkles is composed of ancient whispers that give voice to lost memories. The meeting of the softness of leaves decomposing in the November mist and the monumental hardness of the bronze creates a poetic sensibility that nods to the principle of natural emulation, offering a more profound fusion between art and life.

The moulds, originally made in wax and moulded by hand, were then cast in bronze. This way, the artist’s hands reproduce the spontaneous germination of fungi and the materials of art faithfully follow the forms of nature, rendering them in the process resistant to time. This explains the choice of bronze, lauded for its durability by the poet Horace. The contrast between the humility of the object of artistic research, inspired by the desire for truth, and the demand for monumentality that is implicit in the materials used, generates an alienating, unbalancing effect: that which is simply natural assumes an air of eternity, while that which is artificially eternal falls to the ground, regaining its contact with nature.

A trail in the woods

This work should be exhibited and should inhabit the exhibition space in such a way that it mimics the spontaneous germination of fungi, as if imaginary hand-made bronze spores had blown into the room. The effect is of a long golden trail, alive with dancing lights reflected from the uncoated surface of bronze.