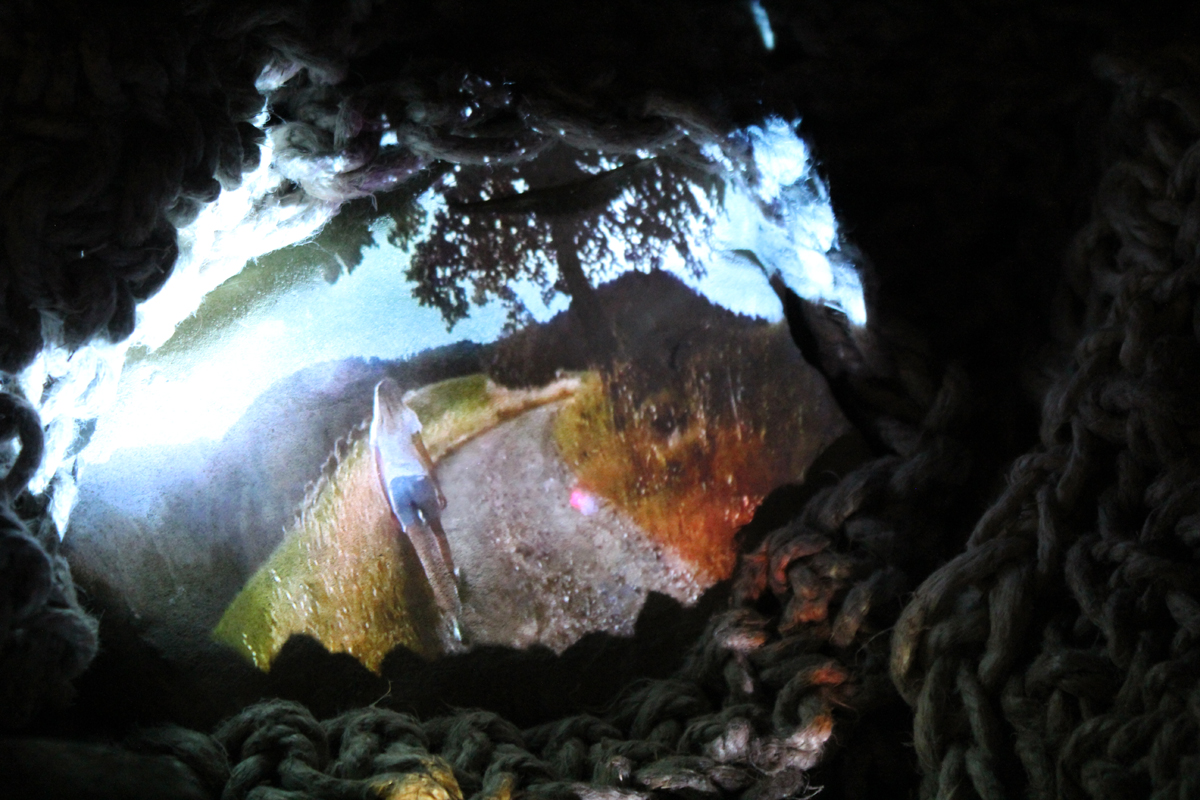 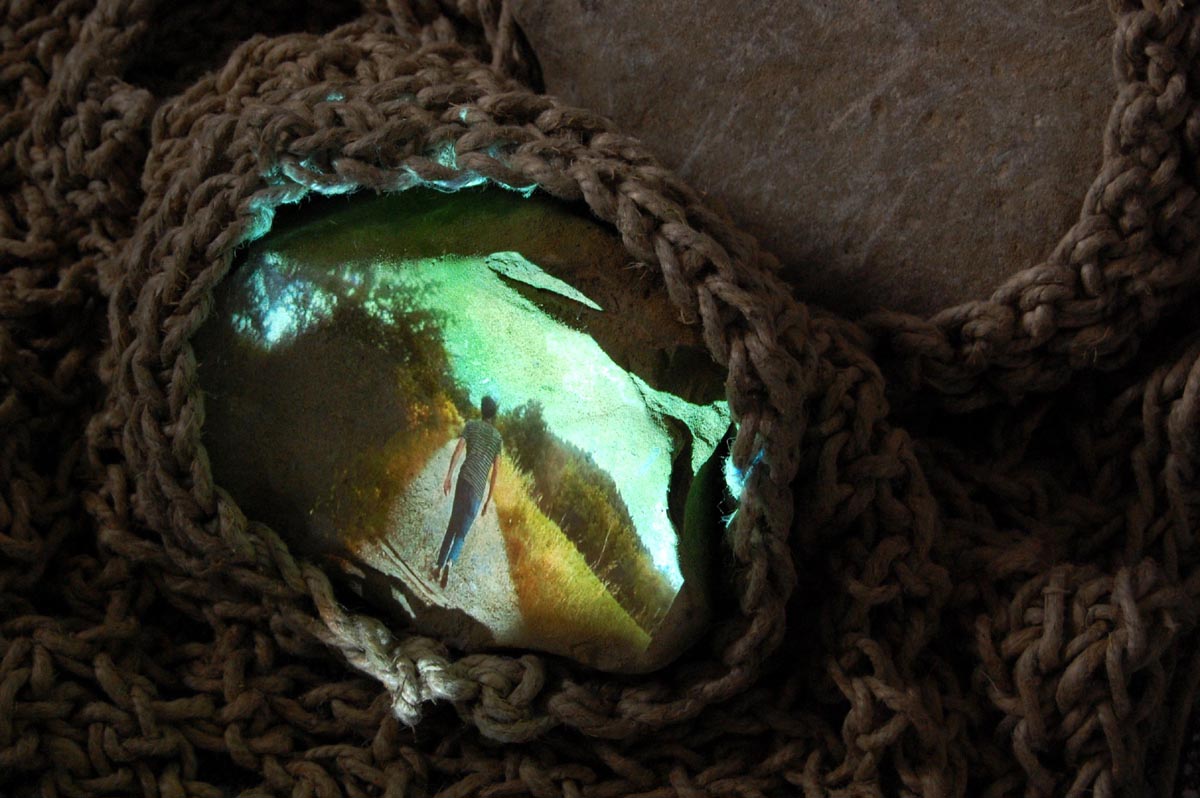 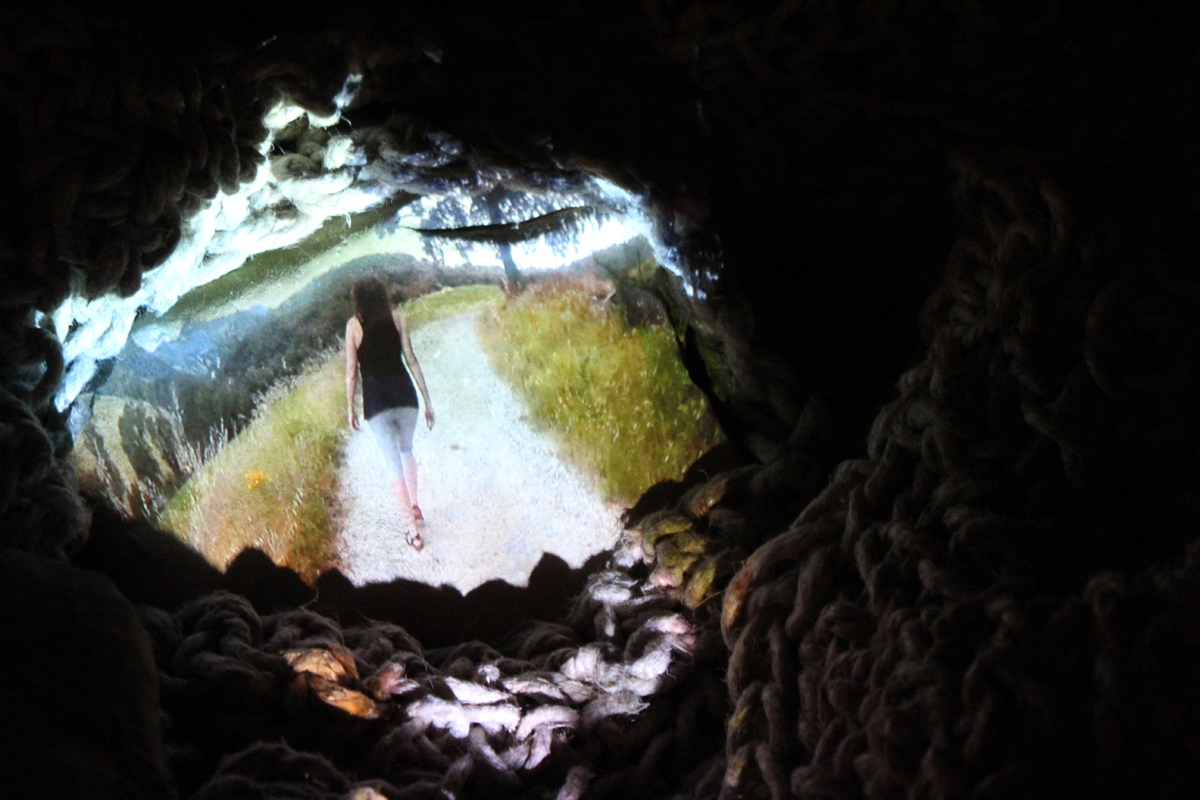 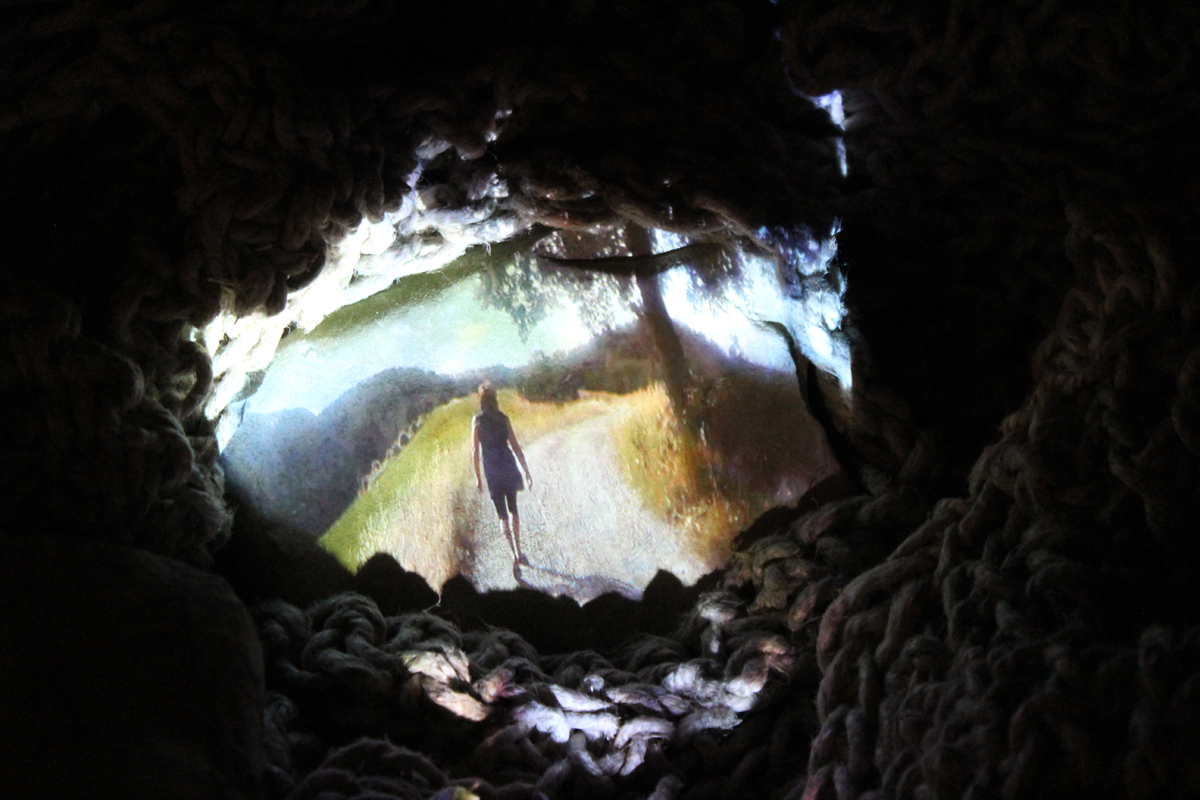 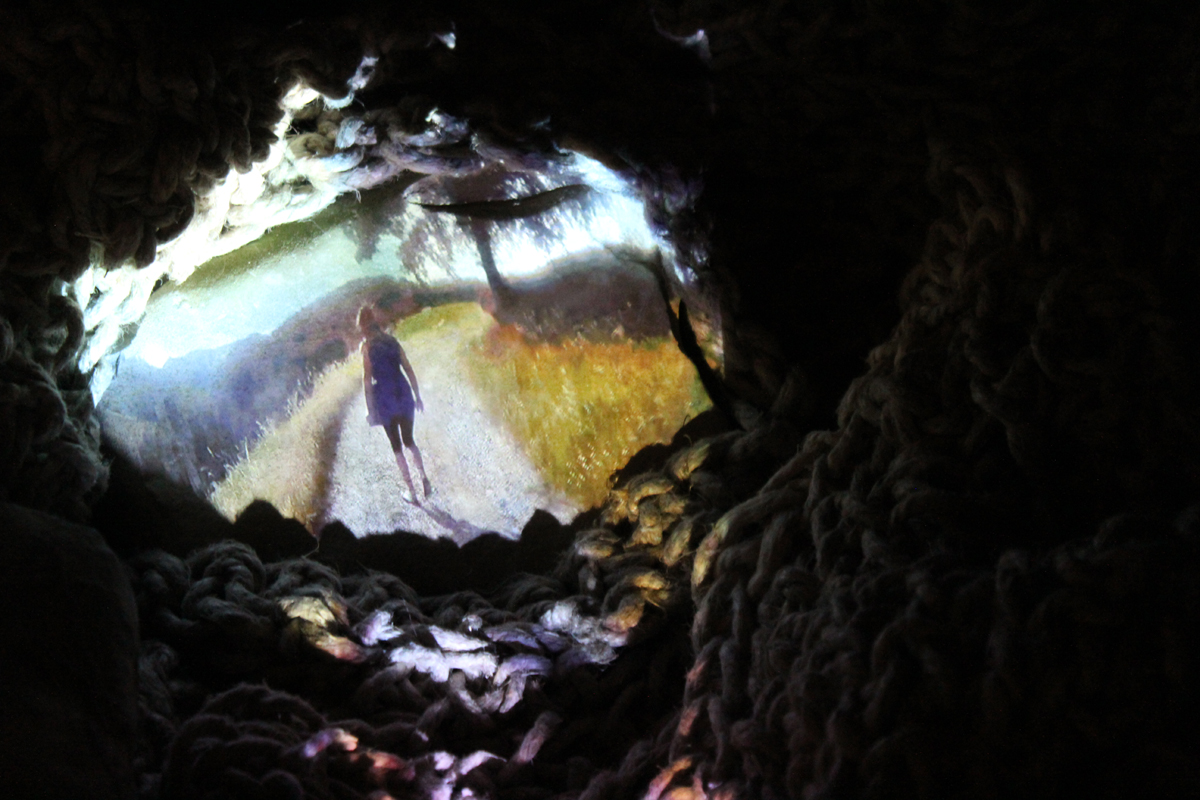 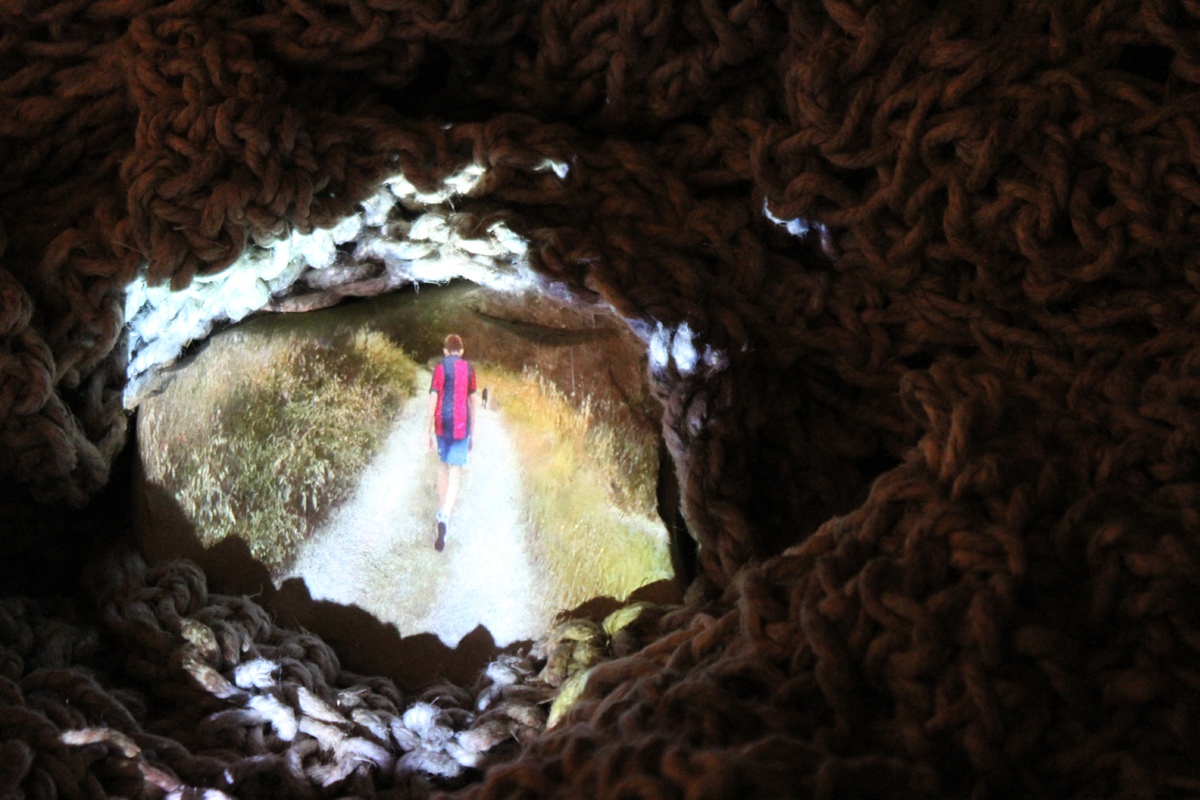 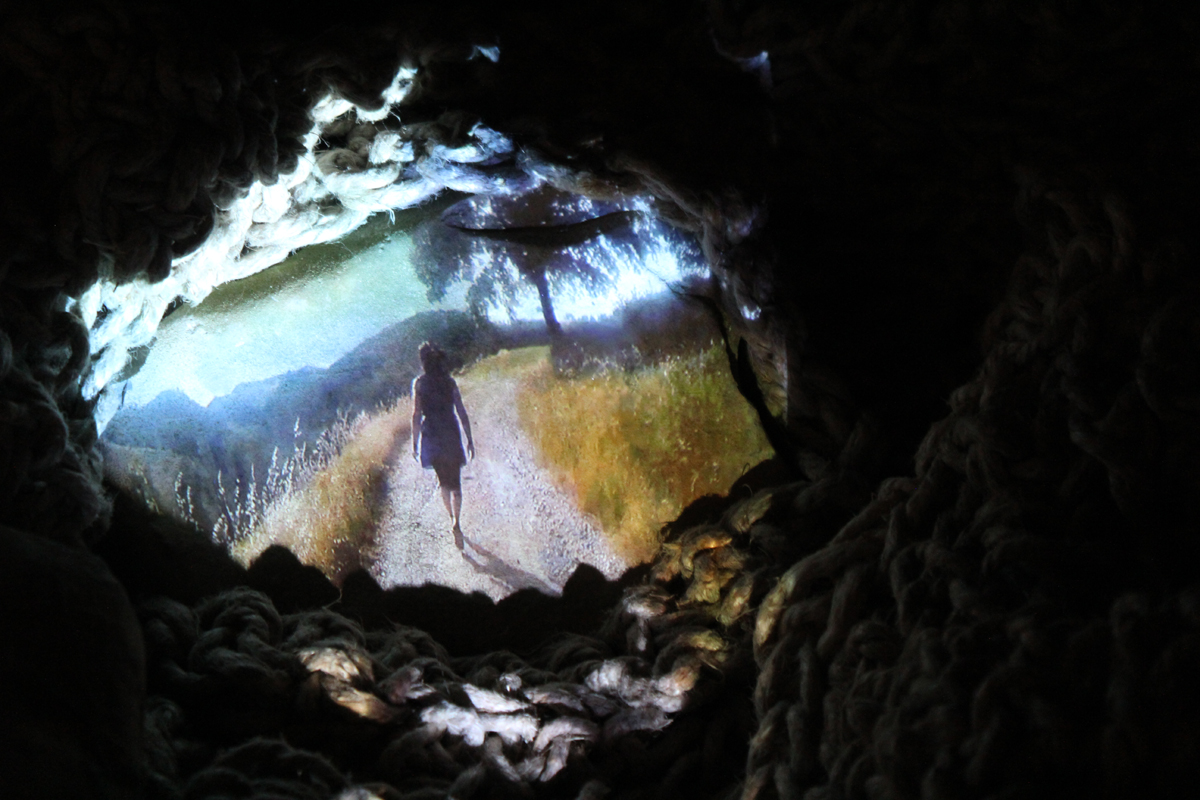 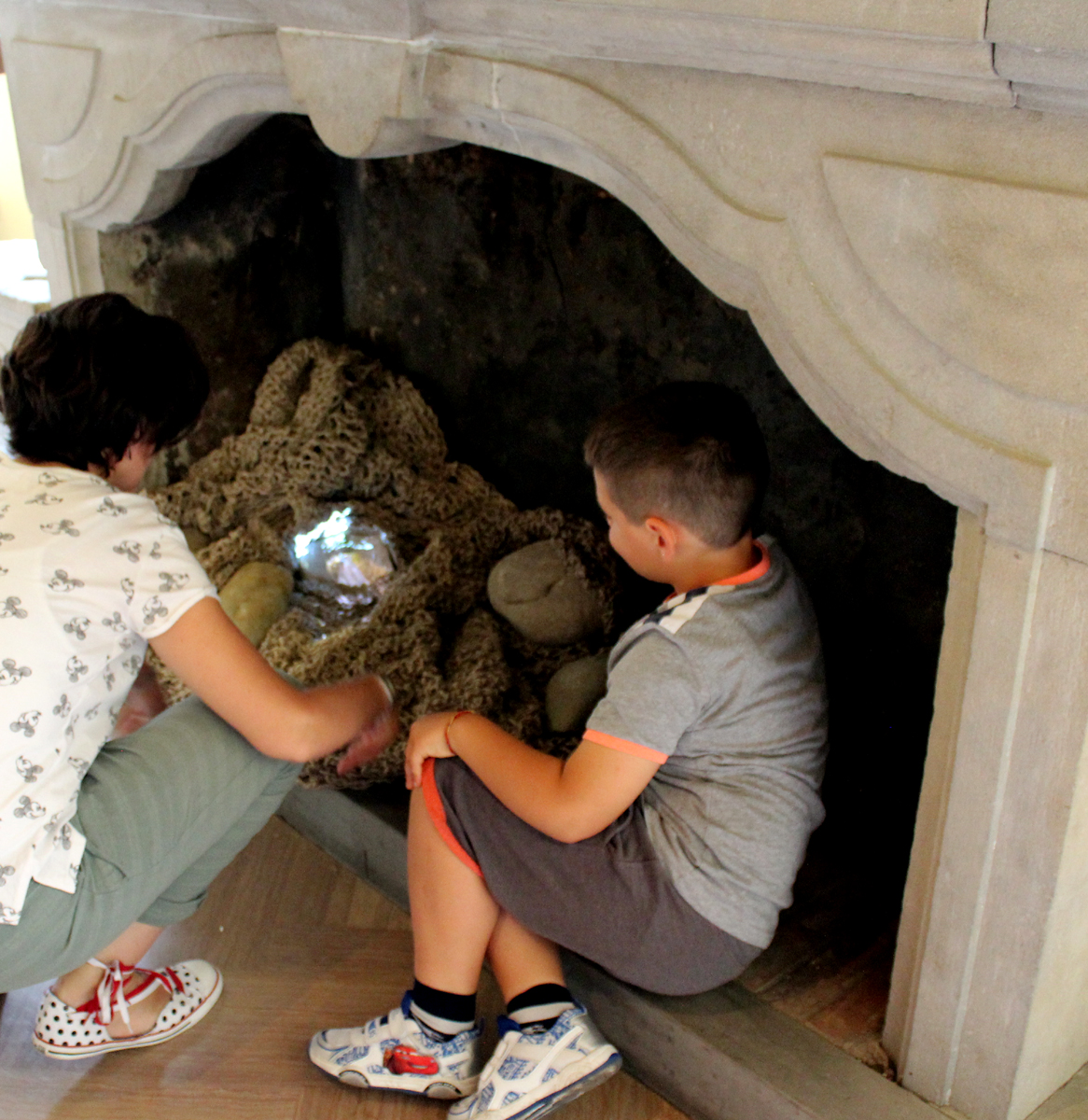 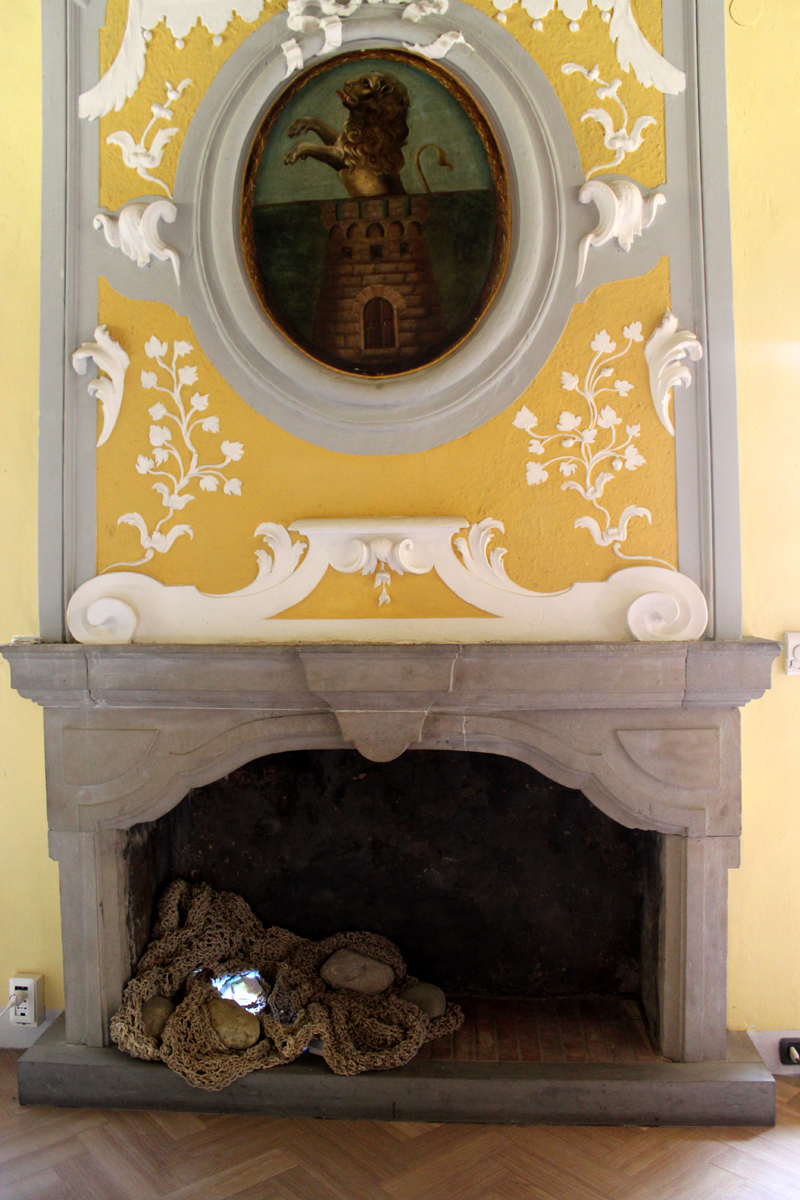 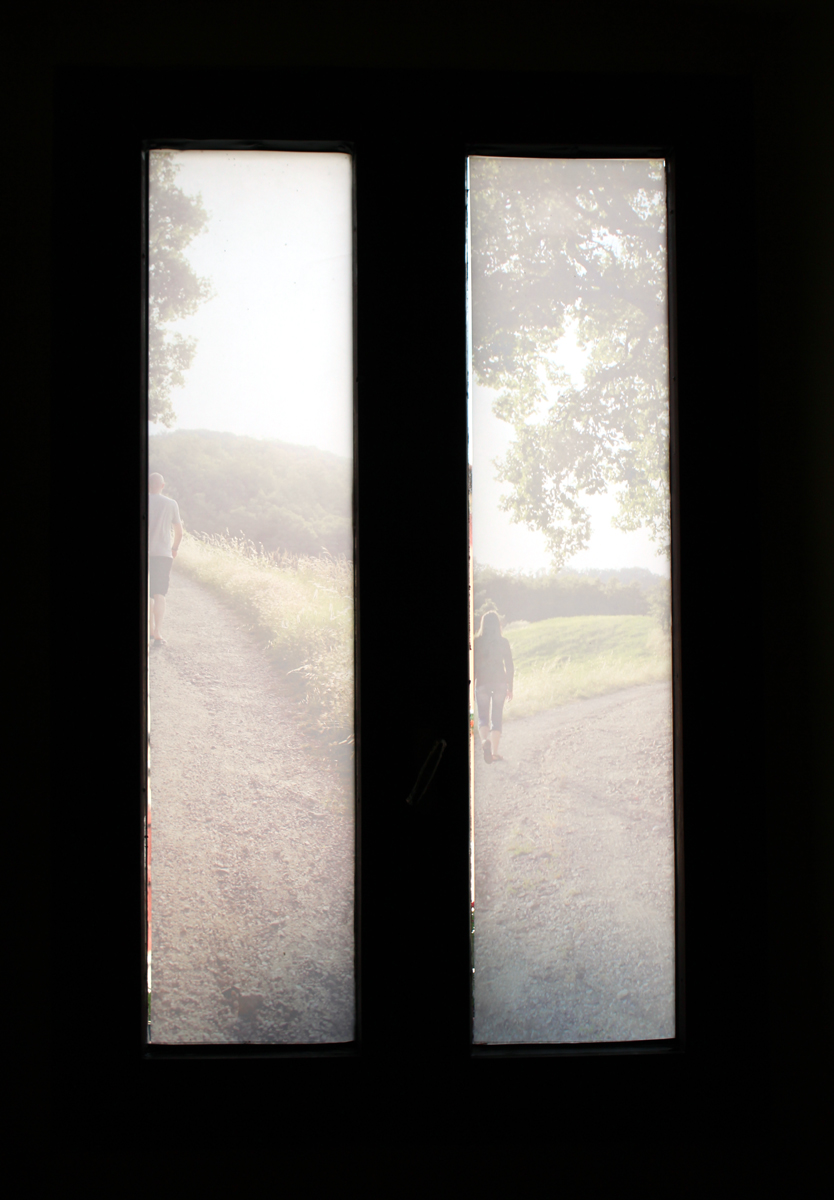 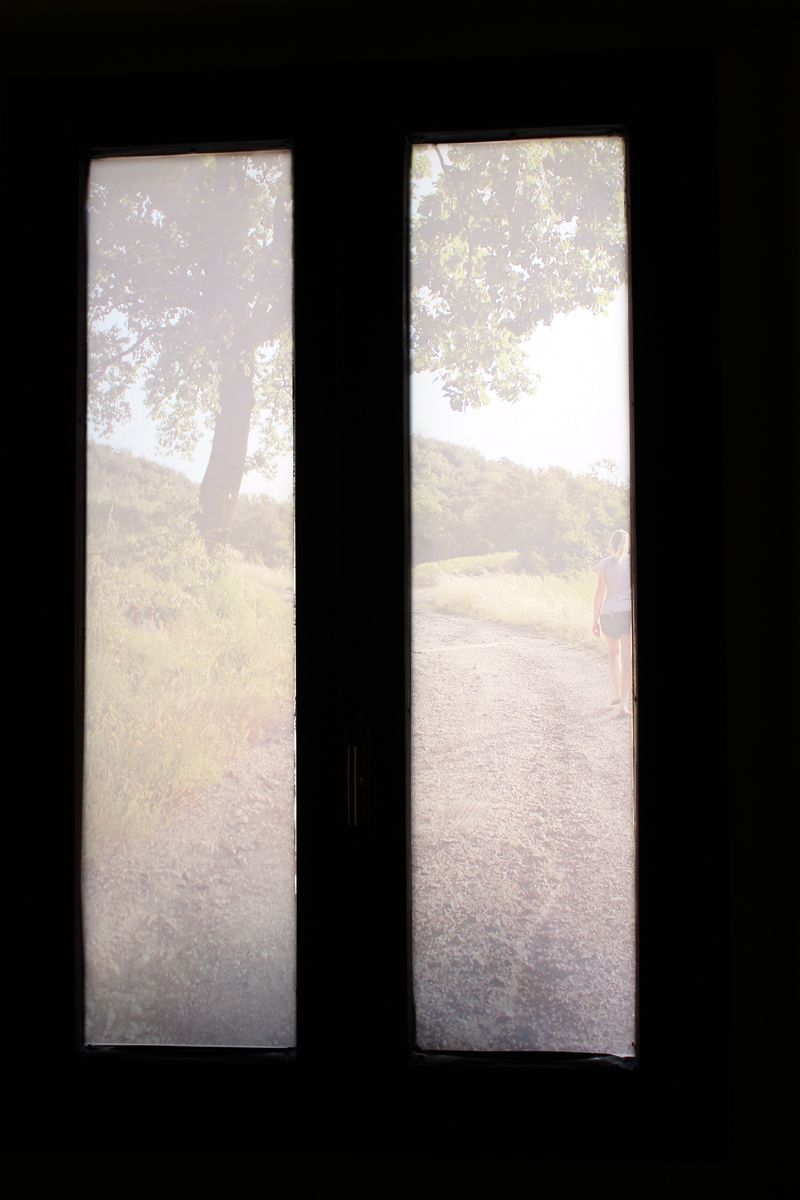 Without losing ourselves in a dream, on the occasion of the first edition of the Via della Lana and della Seta — a trekking route linking the cities of Bologna and Prato — five artists: Monica Camaggi and Laura Guerinoni, Alessandra Gellini, Roberto Dapoto and Oreste Baccolini, have each reflected upon and created four site-specific works for the spaces in the Castiglione Dei Pepoli Town Hall, which sits halfway along the route. Monica Camaggi and Laura Guerinoni worked together on “5 Minutes — walk alone” — “5 Stones — walk alone”. Camaggi produced a 5-minute video projection made with a GoPro camera, recording five figures from behind, as they walk along a path through the Apennines. The subjects are in complete solitude, never turning back towards the observer, only at certain moments seeming to hint at a pause or a gesture.

As usual in the poetics of Camaggi, we return to the idea of ​​an intense relationship with nature — solitary, original, almost osmotic — where the human presence is found in total solitude, absorbed in a dialogue with the natural environment. The body becomes a sensitive detector, continuously exploring the places to which it’s connected. The need to return to the origin is strong and is often translated into photographic language, in this case video. Moreover, especially in photographic works such as 2017’s “Supensa Levisque”, on display at the Fienili del Campiaro (di Morandi), there is a noticeable reference to a descriptive pictorialism of the event — totally romantic in its influence — where ecstasy and torment contrast and complete one another. Laura Guerinoni on the other hand, has worked on a thick weave of raw hemp in which the knots become crevices — wombs that conserve the hemp pond stones — and it is precisely on these that “5 Minutes — walk alone” is projected. Two works coming together in the sinuous forms of humble, ancient, original material with a none too distant history that still belongs to us.

A story projected on the stone

Until around 50-60 years ago, the cultivation of hemp, used to make rope, fabrics, mats, etc., was still very common in the Bolognese plain. The summer heat was accompanied, especially in the month of August, by a sharp smell that emerged from shallow, rectangular trenches, dug into the ground and full of water — the so-called “maceri”, or “hemp ponds”. Hemp sticks were immersed in these trenches where a fermentation process would take place and special microorganisms would break down the glue-like substances that keep the hemp fibres together. On the banks of the trenches lay small piles of river stones, each weighing around 5 or 6 kg, which served to weigh down the hemp rafts so that they would sink into the trench. The stones were taken from the riverbed at the foot of the Apennines and transported by horse-drawn carts.